A Dedicated Team: Our Greatest Asset

RCM Construction Corportation takes pride in its outstanding team of specialists with decades of experence that in turn is backed up by a dedicated support staff.

Regardless of your particular concrete remedial repairs, leak rediation, or restoration needs, we have the personnel to get the task done quickly and efficiently.

MEET SOME OF OUR TEAM BELOW. 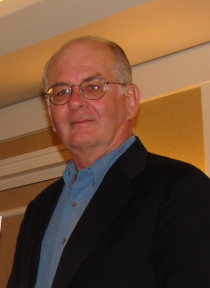 Richard Malmgren is a graduate of the University of California, Berkeley with a Bachelor of Science in Civil Engineering with an emphasis in Structural Engineering.  His entire working career has been in construction.

An instructor at the University of Hawaii for 5 years, Mr. Malmgren taught an accredited course in construction administration and management (Arch 432) to 4th/5th year architectural students.

Prior to establishing RCM Construction, Mr. Malmgren worked for two major building contractors on large scale projects.  Upon graduation, he joined Haas & Haynie, a San Francisco head quartered General Contractor who which was continually ranked in the Engineering News Record top 500 Contractors in the nation (ranking from 95 to approximately 150 over his 10 years of employment).  He progressed successively from Project Engineer to Project Manager and from Quantity Surveyor to Senior Estimator.  He was Project Manager for three projects with Haas & Haynie, including a 22-story office building in San Diego.  He served as Responsible Managing Employee (RME) for Haas & Haynie for 2 years.

He joined DMA/Hawaii in May, 1977 as Project Manager for the downtown Honolulu Grosvenor Center Project (renamed Pacific Guardian Center).  Upon the merger of DMA/Hawaii into Pacific Construction Co. Ltd. (now DCK Pacific Construction), he was assigned as Project Manager for Tapa Tower at Hilton Hawaiian Village, then the single largest building contract award in Hawaii) and was subsequently promoted to Construction Manager and then Vice President/Operations Manager.

Several of these major projects were of a fast-track nature. This experience has served him well in analyzing concrete restoration and leak remediation problems in today's buildings.

In addition to regular contracting operations, Mr. Malmgren has also served as a consultant and expert witness for construction disputes.

He is a member of the following professional and social organizations:

Our Team of Specialists

Mr. Anoba has been ands-on from start to finish in the execution of﻿ many of RCM projects.  He has gained and developed both a wide range of remedial experience as well organizational skills.

A 22-year employee, Mr. Hower has experience in numerous areas of remedial repair, including expoxy injection, polyurethane grout injection, membrane coatings, injection of termite eaten wood components, as well as concrete repair. On smaller projects, he is often sent out as the repair specialist when a single individual is required. ﻿

Jimmy, Howie and Adam are backed up by a crew with years of experience in remedial repairs.